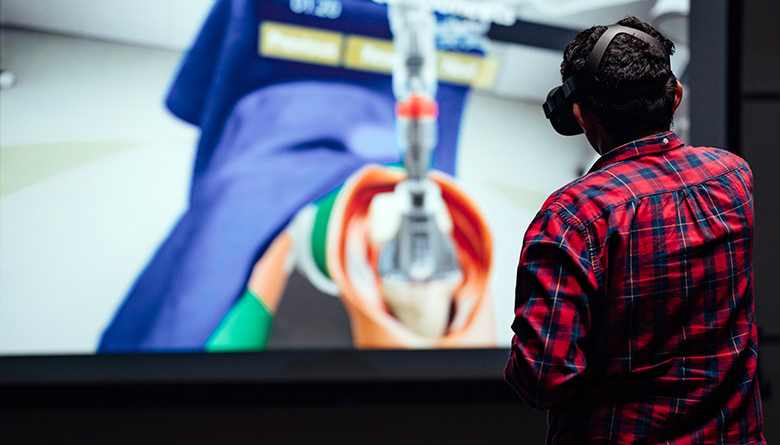 Facebook has announced that Oculus for Business, its enterprise-focused virtual reality (VR) platform, is now out of the closed beta and available for purchase to all businesses.

Launched last year, the platform is designed to support companies looking to deploy VR in the workplace. During the beta, some companies tested Oculus for Business as a way to improve training programs, boost productivity, and support the distributed workforce.

The platform is built at the top Workplace, Facebook's corporate collaboration platform, which provides security through login and account management features, with additional improvements to VR workflows that are believed to be under development.

Facebook, which acquired Oculus in 2014 for $ 2.3 billion, is a major player in the commercial and recreational VR markets, competing mainly with rival rival HTC.

In one blog post, the company is gesturing to IDC figures that show a 92% increase in commercial helmet shipments in 2019 and predict new growth of 70% this year. Global commercial RV spending is forecast to reach $ 7.1 billion, up from $ 4.5 billion in 2019.

The coronavirus pandemic having forced many companies to adopt remote working models, virtual reality has also been presented as a way to improve interactions with employees, imitating physical proximity.

To overcome the main barriers to entry, Oculus for Business uses the Oculus Quest headset, which exchanges raw energy for a simpler cordless experience – a reasonable compromise, since business use cases are not probably not as computationally intensive as recreational applications.

Businesses can still purchase Oculus Rift S or Oculus Go headsets for commercial use, but these products are not compatible with the Oculus for Business solution.

To allay any security concerns, the company is also working on support for VPN networks, scheduled updates, and robust device information for administrators, although it is unclear when these features will arrive.