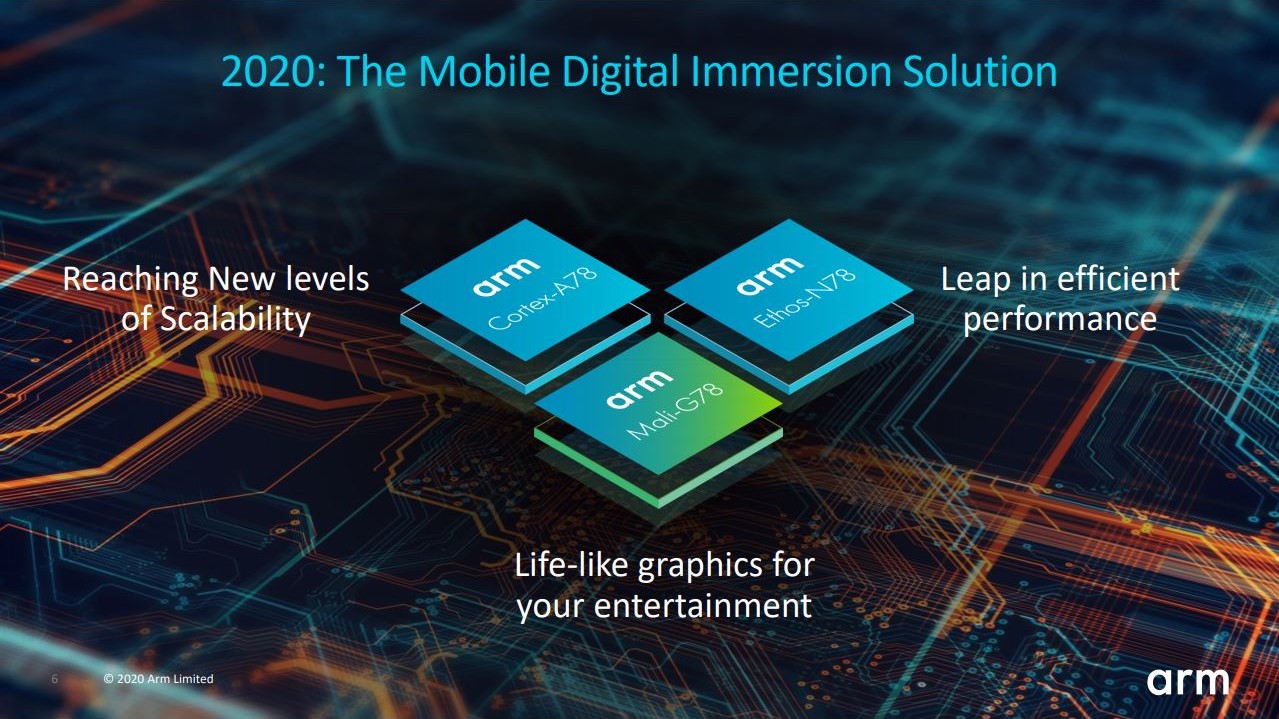 Arm has unveiled its next generation mobile processor, the Cortex-A78 and the Mali-G78 GPU, which will be used to power the flagship smartphones of 2021.

The UK-based company supplies the chip designs that Qualcomm, Huawei, Samsung and other chip manufacturers license, and then use to create their own custom system-on-chip designs found in smartphones, high-end Android tablets and now even laptops like Microsoft's Surface Pro X.

The new Arm Cortex-A78 processor will offer increased performance gains as well as better energy efficiency. According to Arm, the new processor is its most efficient Cortex-A processor ever designed for mobile devices. The Cortex-A78 will also be able to deliver more immersive 5G experiences resulting from a 20% increase in sustained performance compared to Cortex-A77-based devices with a power budget of 1 watt.

Arm also announced a new engagement program called the Cortex-X Custom program that will give partners the flexibility and scalability to increase performance. This will allow its partners to develop solutions to provide the ultimate performance for specific use cases.

The Arm-Cortex-X1 is the first processor in the program as well as the most powerful Cortex processor to date. It presents a 30% increase in peak performance compared to the Cortex-A77 and offers an even more competitive solution for flagship smartphones as well as for large screen devices.

Last year, Arm presented the Mali-G77 GPU based on its new Valhall architecture and the company's new Mali-G78 builds on the progress it has made to deliver a 25% performance increase graphics compared to its predecessor. The new GPU supports up to 24 cores and will help extend the battery life of mobile devices.

Finally, based on demand from partners, Arm made the decision to introduce a new level of sub-premium GPUs. The first GPU of this new level is the Arm Mali-G68 which supports up to 6 cores and has all the latest features of the Mali-G78.

It will still be a while before Arm's partners start to release chips based on its new designs, but based on information released by the company, flagship smartphones in 2021 will likely have improved battery life , graphics and 5G performance.